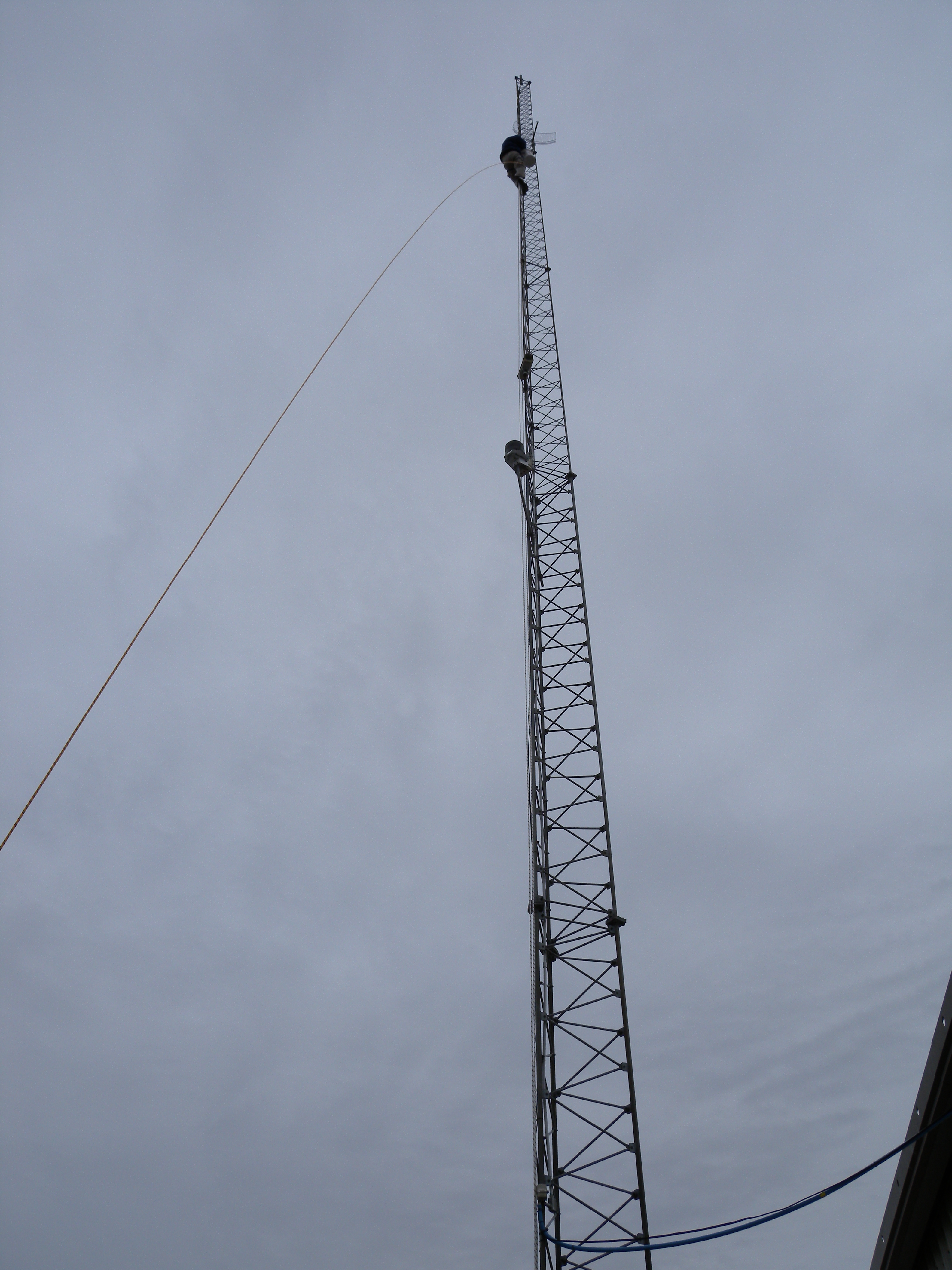 I just wanted to post a little update blurb to show some of the projects that have been keeping me preoccupied in the last couple months. I spent a few weeks in January and February doing some remodeling at a friend’s house. This was a nice little project to keep me occupied during the lousy winter weather. The project involved replacing about 600 square feet of carpet with laminate flooring, replacing carpet on stairs with hardwood treads, wall mounting of a 70 inch TV, installation of a new gas fireplace insert, and building and installing a custom mantle. 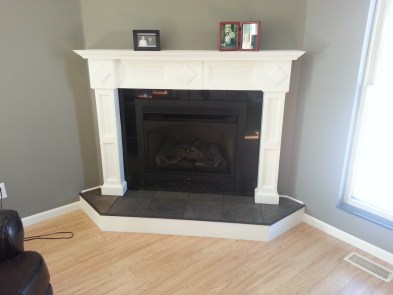 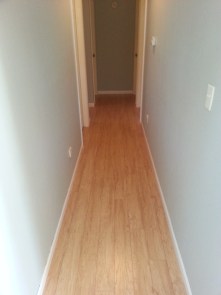 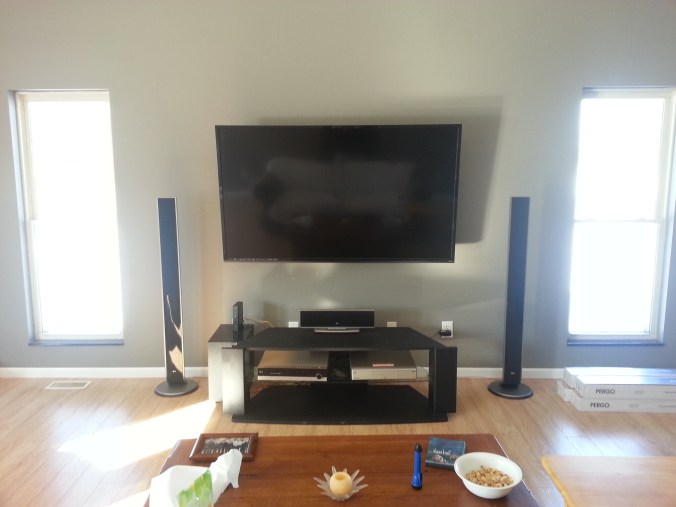 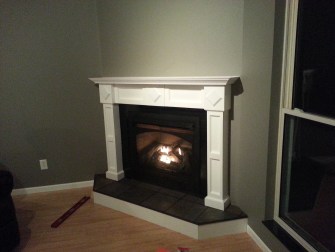 Interspersed with this project, I have been trying to complete a long-term project for a local company located in an internet dead zone. the companies only direct service options are dial-up which is too slow, satellite with its ridiculous ping times and bandwidth caps, and a fiber optic line which would cost about $20,000 to install and would set them back $500 a month. To get around this I used a long distance wireless link to another site which has a reasonably priced and decently fast cable connection. The link distance is about two and a half miles. For line of site in southern Illinois, this requires elevation at both ends. The company in question happens to have a lightly used 100 foot free-standing tower at its site, and we were able to install 50 feet of Rohn 25 tower at the other end. I currently do not have pictures of the 50 foot end, but may post them later. I also do not have images from the latest climb on the 100 foot side, but I did find some of the photos from the last time I went up to change a router on a different link. 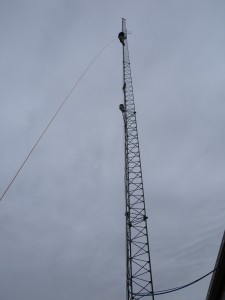 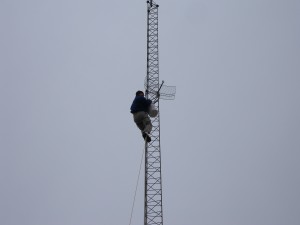 The tower appears to be a Rohn SSV which  in this configuration is rated for about 15 square feet of antenna area in a 70 mph wind zone. This is quite a bit more than what we actually use.

Each section of the antenna that you can see bolted together, is 20 feet long. The router and dish seen here sits at about 80 feet. The new dish sits at about 90 feet. The new link uses a pair of Ubiquiti NanoBridges in the 5 GHz frequency space. The bridges alignment is somewhat critical, with only a few degrees of beam width to play with. Luckily, due to the local geography, the two bridges are at almost the same altitude, which simplifies dish aiming somewhat. The link is capable of 40-50 Mb data rates and is quite stable. Initially the link was unstable, but lowering the output power of the radios seemed to improve stability greatly.

I have done quite a few odd jobs for this company in the past. The great thing about working with them is they only bring me interesting problems to solve, and they have reasonable budget expectations. Here is some of the work I have done in the past: 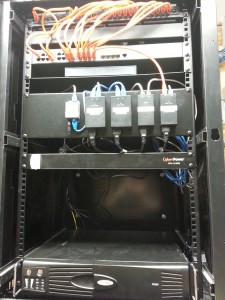 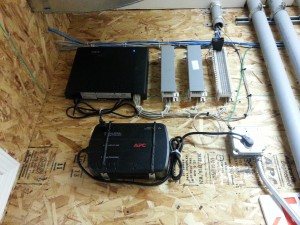 The image to the left is a network rack wall mounted in a mechanical room. Not terribly interesting, but It worked out well for this installation. On the right is a NEC DSX telephone system. This was not something that I had done before, but was not terribly complex. The two worst parts were terminating all of those cables and programming the system.

Well, that’s it for now. In the near future I will be documenting a battery pack spot welder build and a small software project that a friend and I are working on.